Before proceeding to discuss the nature of quarks, or even finish discussing leptons and light mesons, I need to introduce the `triad’, the key to defining the fundamental forces. Technically I have already introduced the 1 2 4 triad but historically it was originally recognized in the early years of QTC when the forces were defined. The full significance of the triad within QTC came later with the study of the nature of quarks as discussed in my book and the following Topic023. (For book information or acquisition see Post001 and Post002.) The key to defining the fundamental forces involves the `fine structure constant’, designated as `Alpha’, which measures the relative strength of the forces. Alpha measures the ratio between the interaction strength of a force and a fundamental reference strength. An interaction strength is the product of energy times distance. The reference strength is hc = h/to x cto = Eo x do where the subscript refers to the Planck scale to show that hc is the the Planck energy times the Planck distance.

In QTC mass-energy involves a 3-d temporal volume, but Alpha has a 4-d form, three quantized dimensions associated with energy (l, m, n)o and one quantum radial scale (i)o, defined at the Planck scale. Force has an underlying 4-d structure, a 3-d quantum of energy (l, m, n)o associated with time and one quantized `radial’ direction (i)o, associated with both time and space. The two 3-d domains view each other as 4-d by aberration due to the relativistic flow of space through time described through special relativity. Alpha has a 4-d form so a QTC description of forces involves fourth roots to reduce to a one dimensional perceived form. Decay proceeds by the growth of volume (for both energy and force). Energy degrades as energy `density’ within a 3-d temporal volume where the total energy involved is directly defined by using the fixed minimal quantum l, m, n state, therefor energy conservation. Just as total energy is conserved while energy density drops as 3-d time expands, so total force, total energy distributed over (i)o is conserved. Force `density’ (strength) drops over 3-d spatial distance but force is defined at its origin within `particles’ by a fixed scaling factor of (i)o. Note that i in the equations and table of Alpha refers to the scaled value or list the scaled values of (i)o to refer directly to force definition, not its distance dependent strength. The Alpha energy term uses the minimal 1,2,4 values, constants which requires no scaling. In QTC it is only the Planck level (i)o term that requires i, the evolutionary scaling factor, to define the different forces (and the particles that represent them). The equations and tabular data are correct but distinction between i and (i)o was not clearly clarified in my book.

To expand upon the last statements above, i, which defines the force involved must be conserved within each particle class and involves several different forces and different particle forms. Within 3-d `space’ spatial intervals at constant time (Fermi simultaneity) are possible. This allows timeline wave functions to avoid temporal simultaneity in exchange for spatial distribution while still retaining temporal commonality. The i value for a particle is constant while force strength drops off externally by the standard inverse square law within continuous 3-d spatial domains. The inverse square rule arises simply because the surface area of divergent radial scale increases as the square of the distance. As total energy (l, m,n) is conserved while energy density drops in 3-d time, so total force (total energy distributed over i) is conserved while force ‘density’ drops in 3-d space. Spatial domains, as particles, coexist with time to produce our evolving universe.

To derive the expression for Alpha and discuss individual forces, equate Eo with the Planck volume Vo to see the QTC form for interaction strength, along with the reference strength. This is shown on the first line of the lead Topical figure. The Alpha ratio is defined on the second line where division by the reference strength cancels Vo and do (although the scaling for both are provided for). The 2 pi factor comes from the two forms of h involved in defining Alpha, h = 2pi x h-bar. The l, m, n terms in the doubling decay expression define a QTC `invariant’ minimal Planck volume where l, m, n and i must all be powers of two. The minimal l, m, n set defines the fundamental triad. There are two possible values for the triad, 1,1,1 and 1,2,4, however, Fermi exclusion applies and 1 2 4 is indeed a fundamental unit within both the structure and properties of spatial matter and time. Adopting the 1 2 4 form yields verifiable correct answers in the remarkably simple form shown on the second line of the lead figure where the external factor two is incorporated in the exponent. A summary table of the fine structure constants, book Table 8 in Chapter 4, is shown in the second line of leading figures.

The table tabulates Alpha and associated parameters at successive powers of two of the radial factor i. At i = 32, associated with the electron, the fine structure constant for electromagnetic force is generated. Ari Lehto, acknowledged earlier, originally derived this result showing remarkable agreement with the known value. The QTC derivation above relates to all known forces. At i = 512, the ninth power of two, we find Alpha for the gravitational force between nucleon masses which dominate ordinary matter. Alpha(g) at the mass of the proton evaluates to 5.9 times 10 to the negative 39th power, a remarkable agreement with the value at i = 512. This highly significant match with the proton implies that no large quantity of any significantly different `dark’ particle can contribute to gravitation! In QTC dark matter is simply ordinary matter out of temporal communication range. At i = 64 we find a value close to the value for the weak force. The close association between 64 and the 32-64-128 structure of the electron is consistent with a unified theory for the weak and electromagnetic forces. It is apparent why 32 and 64 4-d extensions relate to electric and weak force properties of basic stable particles.

Alpha at i = 4, 8 and 16 relate to the strong force which is significantly energy dependent (shown in book figure 4.10). The value 117 at i = 16 is very close to Alpha at production of the heavy Zo gauge boson. At i = 8, Alpha = 0.467 corresponds well with the force strength at basic baryons, the proton, while 0.934 at i = 4 matches Alpha at energies associated with light mesons. Critical i values relate to unique particle classes. The QTC model, which remains finite, differs from the Standard Model which diverges to infinity near the light mesons. The i = 4 value matches the standard model near the kaon, while QTC associates that level with the pion. The range of the strong force may imply the force is actually composite with sub-structure related to particle classes.

The table contains further information. The fourth root, combined with the three in the numerator of the power term defining Alpha, results in force constants of N.75 form. As shown earlier all 4-d light mesons fit N.75 energy levels. This is also true of the Higgs boson as noted in a late Topic. There is consistency between how force is defined and energy levels occupied by related mesons or bosons. (I will comment on i = 2 in the next Topic). The table contains another important clue relating the nature of both matter and force. Whether i is a square, cube, or neither is related to the character of the particles or force involved. i is a perfect cube when mass related properties are involved. Two cubed = 8 is associated with the strong force at the baryon level. Four cubed = 64 is the level where matter exists as baryons, and eight cubed = 512, is associated with gravity where mass is the `charge’ and where Keplerian cube root dynamical relationships can exist. When i is a perfect square bosonic properties are seen. i = 16 relates to the Zo and Higgs resonants and i = 64 is both a perfect cube and square where both Fermi and Bose statistics are compatible. Finally, there is the electron which links 32 and 128 which are products of cubes and squares, 8 x 4 and 8 x 16. The three types of relationships correspond directly with classes of particles (although leptons, as class limits, may not be structurally alike). The three sets of particles and forces distribute around the key level 64. No other theory or concept, to my knowledge, provides a rational reason why matter and the forces exist in the present form.

The association of forces with specific Planck scale intervals has certain implications relating to unification and singularities. It also opens the possibility of forces and particles at larger i intervals, although forces and mass energies would be extremely small. It has never seemed logical that both gravity, (the weakest force) and the strong force (the strongest), would exist from the instant of creation. In QTC the existence of time comes first and space with its forces develops progressively. QTC also replaces the classical origin singularity with the origin of time in a manner directly related to known quantum fluctuations with a singularity as only an unreachable limit. There is no difficulty with the creation of black holes in QTC, but there can be no gravitational singularity within them. In QTC all forces depend upon scaled forms of the specific Planck quantum scale do. As matter compresses towards a singularity the forces should progressively fade away as their defining scales are crushed, gravity to begin with. Brief spells of forms of stability or violent activity may be possible with ejection or outflow. QTC detects such outflow seen in rest frame transformations and hypothesizes that nuclear outflow is actually the origin of galaxies via a streaming outflow from the temporal dipole structure demonstrated to exist in galactic nuclei. A new approach to the origin of galaxies and the universe is quite possible. Further evidence for radial evolution and outflow from galaxy cores will be discussed as we return to cosmology following the discussion of particle physics.

One response to “Topic022: The Fundamental Forces, Introducing The Triad, Bill Tifft, 6/15/16” 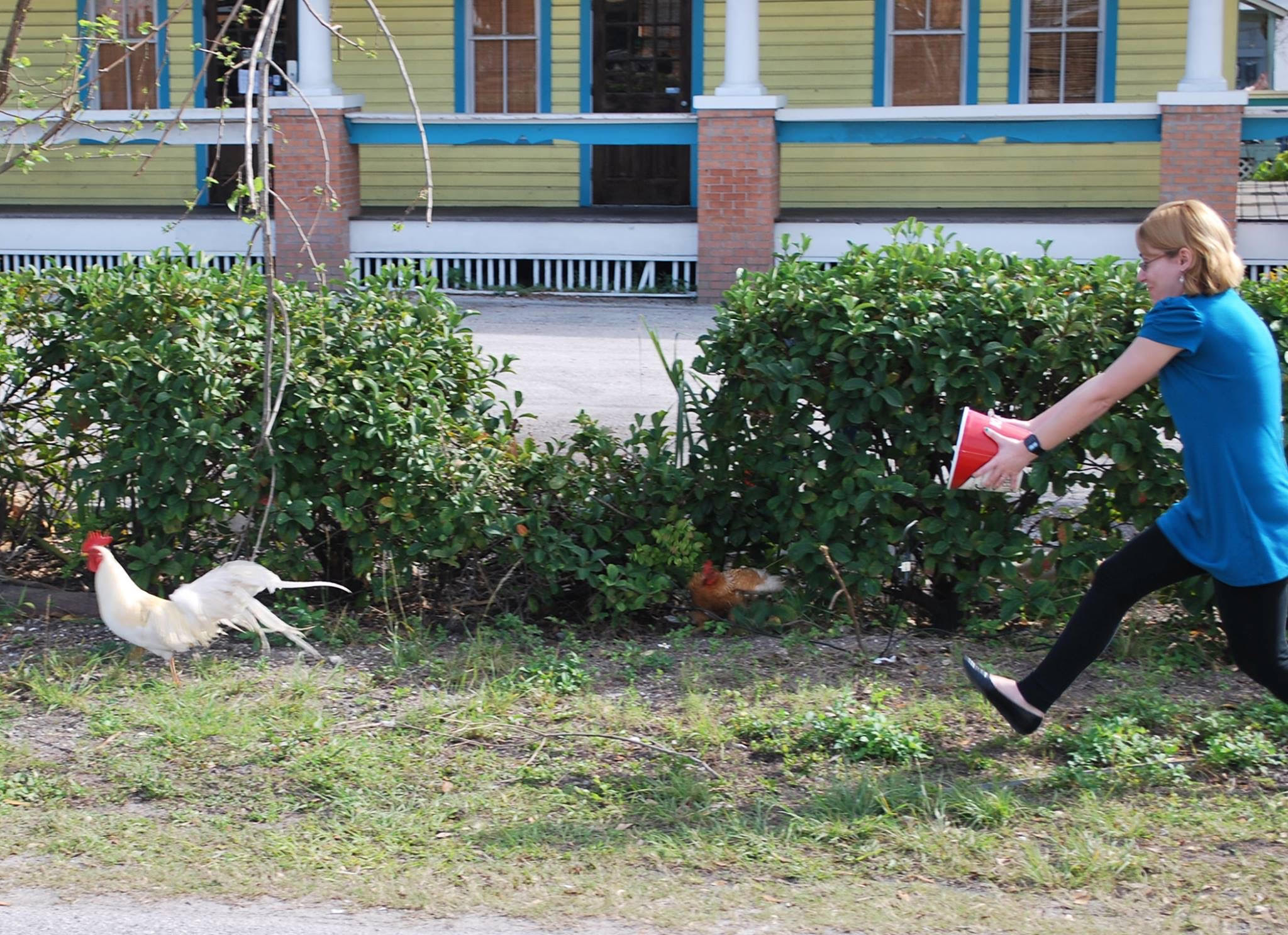